Dax, is back at it again, with yet another visual, this one is for "Self Proclaimed 3." Dax is telling you that he told you already, that he was going BIG or going home. Next Friday, Dax wraps up his 23 city tour with his final show in Los Angeles at the Catch One. 662 artist MCX LLETTI and special guest NINO will be opening up that night for their first ever performance in the LA . LETTI and NINO opened up for Dax in Chicago a couple of weeks ago at the Avondale which turned out to be a successful show. You can follow @ThatsDax @MCXLLETTI @Ghostx815 on IG. 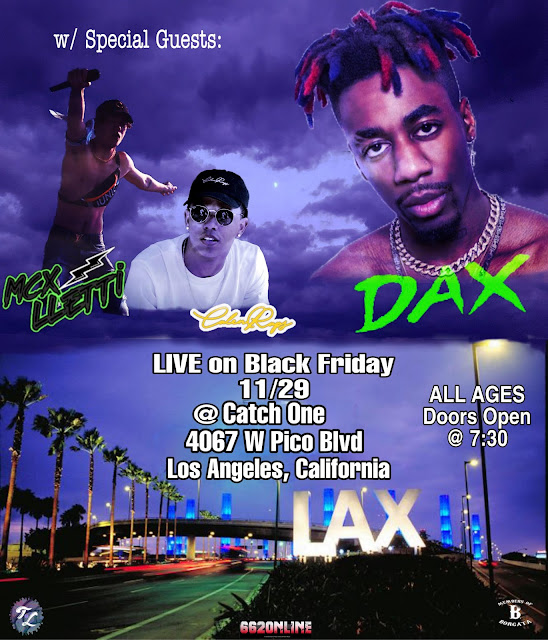