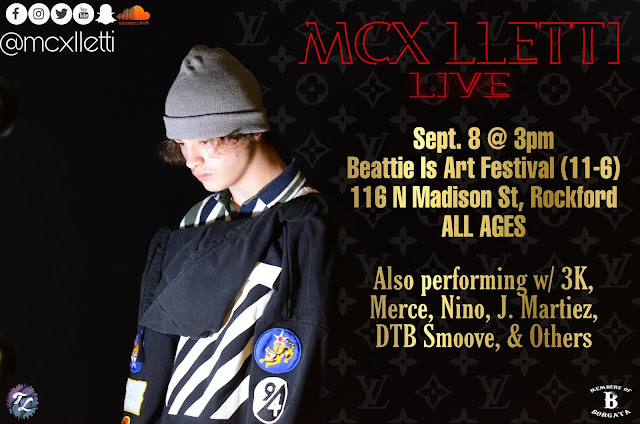 MCX LLETTI bursted into the Rockford Hip Hop scene out of no where. This 19 year old Hip Hop artist has been putting in mass work in the studio and with performances. Next Sunday marks his 6th performance in his career all which has been this summer. His first ever performance was this past May where he won $500 at a Talent show judged by 97 Zok's Steve Shannon, his second performance was the DUB Car Show at RVC, followed with being the 1st rapper ever to perform at the annual Festa Italiana. His 4th show was his first time in Chicago, opening up for YouTube sensation CalenRaps, he then went onto perform a high energy performance at the Loft Ten19 in downtown Rockford. This Sunday's show will be part of the Beattie is Art Festival, a free all ages family event. You can follow @MCXLLETTI on all social media and streaming Platforms.