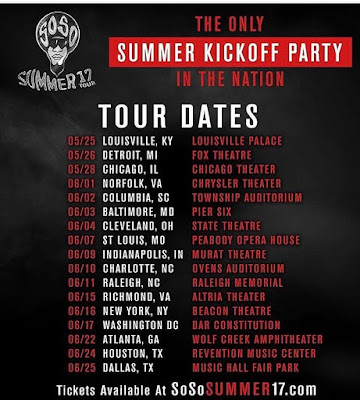 Last Year Nia Kay made her debut on Lifetime’s “Jermaine Dupri Presents The Rap Game” as one of the best new artist to emerge in the industry. Since her famed appearance, Nia Kay has garnered a major fan base and released numerous videos totalling over 3 million views and worked with major producers including Zaytovan, B. Crucial and more. The promising artist began rapping at the age of 8 and made her first music video by the time she was ten. With the encouragement from her parents, Nia Kay uses rap as a platform to express herself, always pushing to be better and work harder. Inspired by Lil’ Wayne and Nicki Minaj, Nia Kay is setting the standard for new artist and making her mark in the “rap game”. The “SoSo Summer17” Tour Kicks off May 25th in Kentucky and will hit all the major markets including Chicago, Detroit, Atlanta, Washington DC, Texas and more dates are being added. Nia Kay will be performing alongside her cast mates and showcasing new music that her fans want to hear. To see Nia Kay live purchase tickets to the “SoSo Summer17” tour click the link below.