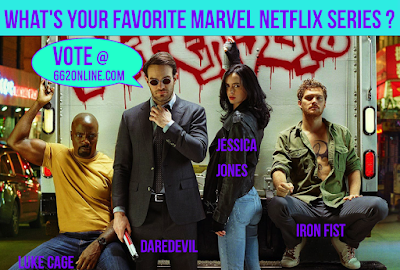 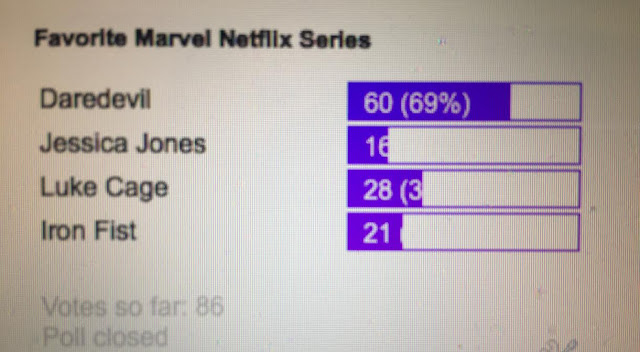 So out of the 86 Marvel Fans who voted for their favorite Marvel Series on Netflix an overwhelming 69% of them voted for Daredevil. Luke Cage took 2nd, Iron Fist amazingly took in 21 votes as the poll was going on as the country watched Finn Jones be a white Danny Rand, and the drunken power puncher Jessica Jones took last. Now as for my opinion, I feel Daredevil season 2 is the best season of all the Marvel Shows on Netflix, I would have to say Luke Cage season 1 is a close close second. Iron Fist was okay, I watched as a Marvel Nerd Fan, but Jessica Jones would take my number 3 spot.