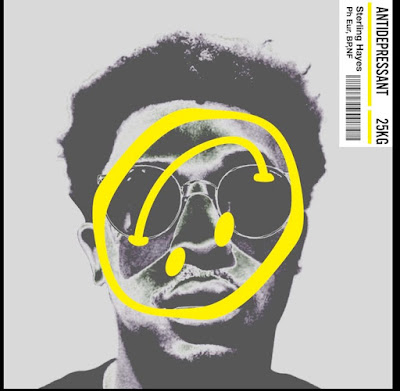 Save Money affiliate, Sterling Hayes announces the release of his debut album “Antidepressant” available on Sound-cloud. Antidepressant tells the story of a journey through one of Sterling’s prominent phases in life. The album mirrors the feelings and emotions in a time period of his life that reflects heavily in the tone of the album. Production credits from Spanish Diego, Ugly Eddie, Knox Fortune, Smoko Ono, Peter Cottontale, Nate Fox, and Carter Lang, makes each song on Antidepressant unique with each story Sterling tells. Three years in the making with single releases on Sound-cloud such as “OTS featuring Joey Purp,” “I Ain’t Shit,” and “Johnny Tsunami” as well as his first visual for “Fuck it” created anticipation for the release of his album. Sterling Hayes, is one of the many members in the Chicago music collective SaveMoney including major brand members Joey Purp, Towkio and national recording artist Chance the Rapper and Vic Mensa.