Lindsay Lohan's Comeback is Stalled at the Gate 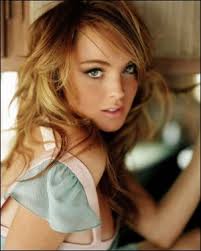 Lindsay Lohan's long-awaited comeback is stalled at the gate. The actress lobbied for a role in the upcoming film about the life of John Gotti, Sr. Now, it looks like she can't nail down the part.
It wasn't that long ago that Lohan appeared in court, dressed in her expensive clothing, to tell the judge she couldn't afford to pay for court recommended counseling. Perhaps she was counting on the movie role to help her rejuvenate her sagging back account. If so, she could be in trouble.
In the beginning, Lohan went for the role of John Gotti, Sr.'s wife, Victoria. However, the producers wouldn't buy the age difference between her and John Travolta, who is play the lead. So Lindsay Lohan went after another part, the wife of John Gotti, Jr., Kim. That looked like a sure deal until Lohan got herself in trouble with the law once again.
To be fair, however, Lohan isn't the only one stalling the Gotti movie. Joe Pesci got angry when his role as Angelo Ruggiero was recast. That happened because the actor put on weight for another film he was doing. Apparently, the producers worried he would no longer fit the role of the enforcer, so they dropped him. Pesci sued and everything came to a temporary standstill.
There has been trouble at the top as well, with director Nick Cassavetes being replaced by Barry Levinson. Then it became clear that neither Al Pacino or Kelly Preston had actually signed on the dotted line. This movie has had more screw ups than the mob itself, but at least Lindsay Lohan is in good company.
Lohan's rep is quick to add that his client isn't out of the picture. "The producers of the film and Lindsay's representation have not worked out an agreement for her to appear in the movie," says Steven Honig. That is probably code for "they aren't offering her enough money." Honig agrees that he "cannot provide a definitive answer either way."
It's beginning to look like the Gotti movie may never get off the ground and, if it doesn't, that could spell trouble for Lindsay Lohan. She really needs a vehicle to prove herself, and soon. Otherwise, what is left of her dwindling fans may just float away.
by Charlotte Kuchinsky
www.Celebs.Gather.com