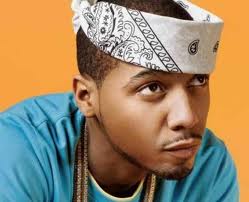 Rapper Juelz Santana has been arrested in connection with a raid of his studio earlier this month, where investigators found drugs and guns.

(AllHipHop News) Rapper Juelz Santana has been arrested in connection with a raid of his studio earlier this month, where investigators found drugs and guns.

According to sources, police had been looking for Santana since the Santana Studio in North Bergen, New Jersey was raided on January 20th.

Juelz was not present when the studio was raided, but a Skull Gang associate named Toby "Hynief" Raynor was busted after a ten month undercover investigation by the Bergen County Prosecutors Gang Unit.

“We are hopeful that my Brother will be released tonight," Jermaine "Twin" James, Santana’s older brother and Manager told AllHipHop.com in a statement.
“He is just being processed through the system right now. I posted his bail earlier today.  All computers are currently down at the Prosecutor’s Office," Twin said.
Two loaded 9mm handguns were found in the studio, along with 17 small bags of marijuana.

"Santana was out of town at the time of Raynor’s arrest," added Lynn Hobson, Juelz' publicist. "We are just looking forward to having this whole situation cleared up."
Police claim Juelz is a member of the feared Bloods street gang, which according to a recent report on gang activity in New Jersey, is the biggest street gang in the state.

Juelz , born Laron James, is currently being held at the Bergen County Jail in Hackensack on $125,000 bail.

The news comes on the heels of a recent report that claims street gangs, mainly The Bloods, have a strong hold over the entire state of New Jersey.