Two weeks ago Rockford rapper, Nino Cruz dropped his video for "Secret Weapon" filmed by Fly Guy Films. The video debuted on IllRoots.com where it remained the Hottest post on the site for 7 days straight. Today Nino announces that he will be dropping another video on August 15th. This next video is entitled "Pain" and it features local #815 band Unsung Hero's. 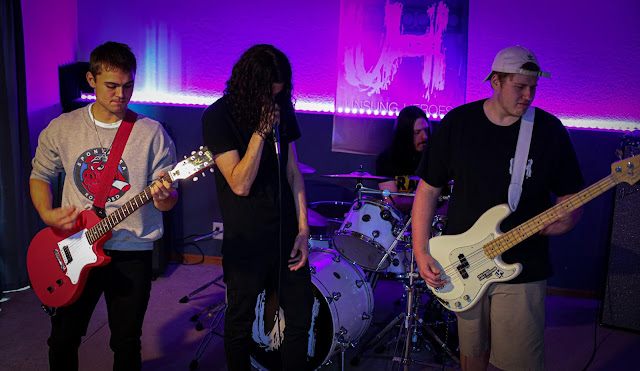 You can follow @NinoCruz815 on Twitter. So between now then you can enjoy the "Secret Weapon" posted above and check out Nino's "Top 10" favorite rappers of all time.

Born Geno Green in the heart of the Englewood Area of Chicago. Geno has always been a born poet, entertainer and someone who seemed to always stick out. Having had experienced it all from the street life to the everyday struggles of providing for himself and his family. He offers a unique point of view and after taking a listen to his story you will see that in a crowded field of artist Geno Pacino is one of a kind in a landscape all too familiar. Take an opportunity to learn more and follow him in his musical journey. He is " Building The Future Today ". You can follow @IAMGenoGreen on Twitter.

Legend McCall drops his 2nd video this week, this time he delivers "Look Around." This #815 rapper stays on some BOSS shit compared to a lot of you punks. Ya'll should take some notes on how to be dope and humble at the same time. You can follow @Legend_McCall on Twitter and IG.

And so once again my ever so loyal barber @D.A1exander (IG) put me on to Legend McCall last year, followed by Jaleel West who co-signed the Rockford rapper on an interview I did with him last summer on his Wavy Podcast !

Before you other rappers start bragging about yourself to some lame broad, make sure you "Look Around" to make sure the Legend is not in your vicinity.

"It’s a Hollywood drama like the world has never seen. With an A-list cast, it’s full of intrigue and fiery dialogue, and topped off with lashings of sex and drugs. There is even a pivotal scene set right here in Australia, starring politician Barnaby Joyce. But this production isn’t playing at any theatre. Centre stage is a London court where actor Johnny Depp is suing an English tabloid for calling him a wife beater. As Tom Steinfort reveals, no one is going to win an Oscar, but Depp and his one-time bride, actress Amber Heard, have been putting on the performance of their lives, airing every sordid detail of their bizarre and doomed marriage" (60 Mins Australia)

Now Ive been watching Johnny Depp movies most of my life it seems like from Edward Scissorhands, Pirates of The Caribbean Movies, to Donnie Brasco, the list goes on and on. So in my true form, of following "Celebrity Chaos" I find it a must that I post this video that 60 Mins aired in Australia last night. Enjoy !

By the way, was Johnny Depp's name on the Epstein flight log?

It has been a minute since we posted anything from Curren$y. My mans came thru with the Cutty's on "Cutlass Cathedrals" featuring Harry Fraud off their project "The OutRunners." You can follow @HarryFraud & @CurrenSy_Spitta on Twitter.

Back in the day, I had this dope ass 1987 raspberry tea colored Oldsmobile Cutlass Supreme Brougham, fully loaded with T-Tops and only 60K original miles. But... it was stolen and found a week later sitting on blocks. It was so devastating, anyway enjoy "Cutlass Cathedrals"

Trump to Ban Tik Tok As Early As Today ! 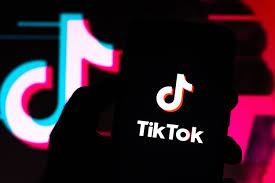 Last night President Trump says he plays to ban Tik Tok in America via an executive order he will sign as early as today over security concerns. Trump has been on that ass putting pressure on Tik Tok which may cause the Chinese company who owns it to sell. Trump claims that the Chinese app, is a major security breach that could be used against the U.S. The problem is the leading contender in the purchase is Microsoft, founded by Bill Gates who has ties to the Chinese tech world, so let just leave that there for now.

Tik Tok has million of US users including mostly teenagers, so luckily they cannot vote, because if Trump bans the app, even in the best interests of America, it will cause an uproar. Last month India banned Tik Tok and 90 some other Chinese apps for the same reasons as Trump. The parent company of Tik Tok called ByteDance will be forced to sell and according to Wall Street experts, there are 2-3 other companies interested in purchasing it. The Navy and Army have already banned Tik Tok on all government forms and the Pentagon has recommended that its employee's also delete the app from their phones to prevent U.S security breaches.

I can't wait to see what AOC and Pelosi has to say about this. AOC proudly bragged that she convinced thousands upon thousands of teenage Tik Tok users to registered for Trump's Tulsa rally to inflate the potential amount of attendees. The downside is that when they registered for the rally the users had to enter some private information, that now can and has been able to track.